An estimated 50 million people currently have dementia, and projected prevalence rates for the years 2030 and 2050 are 82 million and 152 million, respectively, according to the World Health Organization.1 This trend underscores the need to identify potentially modifiable risk factors to inform dementia prevention and treatment efforts. To that end, accumulating research is exploring the link between alcohol consumption and the risk of developing dementia.

While results vary across studies, findings consistently point to an elevated dementia risk with both high levels of alcohol intake and abstinence. A 2021 meta-analysis of 6 cohort studies (N=4,244) demonstrated that the consumption of more than 14.0 alcoholic drinks per week was linked to a higher risk of progression to dementia (relative risk, 1.76; 95% CI, 1.10-2.82).2

In research published in September 2019 in JAMA Network Open, Koch et al investigated the risk for dementia and cognitive decline in a cohort of 3,021 individuals (aged 72 years or older) with or without mild cognitive impairment (MCI) who self-reported details regarding alcohol use.4

Results showed lower Modified Mini-Mental State Examination scores among participants without baseline MCI who were completely abstinent from alcohol and those with baseline MCI who consumed more than 14.0 drinks per week, compared to those who consumed less than 1.0 drink per week (mean difference at follow-up vs baseline, −0.46 point [95% CI, −0.87 to −0.04 point] and −3.51 points [95% CI, −5.75 to −1.27 points], respectively).

“These findings suggest that physicians caring for older adults need to carefully assess the full dimensions of drinking behavior and cognition when providing guidance to patients about their alcohol consumption,” Koch et al concluded. “Particular caution is needed among individuals with MCI who continue to drink alcohol.”4

Similarly, a 2019 systematic scoping review noted a link between heavy alcohol use and increased dementia risk as well as structural and functional brain changes. Accordingly, the study authors stated that aiming to reduce heavy alcohol use may represent an effective strategy in preventing dementia.5

For an in-depth look on the topic, we interviewed Cynthia A. Munro, PhD, ABBP(CN), associate professor in the departments of psychiatry and neurology at Johns Hopkins University School of Medicine in Baltimore and a neuropsychologist at the Johns Hopkins Memory and Alzheimer’s Treatment Center.

What does the evidence suggest thus far regarding the association between alcohol consumption and the risk for dementia?

However, findings concerning the association between light or moderate drinking and dementia risk are less consistent. Whereas most studies find that light-to-moderate alcohol consumption is associated with a decreased risk of developing dementia, some studies have found that this level of drinking increases the risk for dementia. The different findings across studies are likely due to differences in methodologies, such as asking individuals to keep a diary of their alcohol consumption vs reporting their consumption from memory and use of retrospective vs prospective design.

There were also differences in the samples of individuals studied: Some studies compared moderate drinkers to those who drink no alcohol at all, which includes those who cannot drink alcohol due to having a medical condition. It has thus not been established whether light-to-moderate alcohol consumption increases or decreases the risk for dementia, and the answer likely relates to an individual’s overall health status and the type of dementia.

What are additional mechanisms believed to be involved in the link between alcohol intake and dementia risk?

The mechanisms vary depending on whether one is considering an increase or decrease in the risk of developing dementia, as well as the type of dementia. With regard to increasing the risk for dementia, heavy alcohol consumption can impair immune function, leading to increased susceptibility to infectious disease. High alcohol intake can also cause liver disease, increasing the risk for hepatic encephalopathy, and it increases the risk for depression which can cause reversible dementia.

In addition, heavy drinking disrupts sleep architecture, which increases stress hormones that damage the hippocampus and impair memory, and likely interferes with the normal function of [rapid eye movement] REM sleep in clearing beta-amyloid from the brain.

Regarding the link between light-to-moderate drinking and decreased dementia risk, increased circulation, reductions in stress hormones, and increased levels of high-density lipoprotein cholesterol have all been suggested as mechanisms underlying this association.

What are some key recommendations for clinicians regarding the screening, diagnosis, and treatment of high-risk patients?

Determining the amount of alcohol that patients consume is the first task in discerning whether alcohol use might be a factor in their clinical presentation. It is widely recognized that patients under-report the amount of alcohol that they drink, thus asking patients for this information is not always the best measure. Screening instruments in the form of questionnaires (such as the 4-item CAGE) are often used to determine whether further assessment is warranted.

In addition to determining whether problematic drinking may be an issue, blood lab work is usually ordered to determine whether there are any infectious or nutritional deficiencies that warrant treatment. Assessment of mood and sleep are also important, as depression and sleep problems can each cause cognitive and functional impairment.

With regard to diagnosis of dementia in a patient who appears to have dementia and is still drinking alcohol, it is best if the patient stops drinking alcohol to determine whether there is an improvement is functioning. Sometimes, the emergence of heavy drinking co-occurs with the development of dementia due to causes not related to alcohol, and cognitive symptoms remain even after the cessation of drinking. Depression, which may be a cause or effect of heavy drinking, should be treated.

Examination by a neuropsychologist – ideally one who specializes in dementia – can help to determine whether the patient’s pattern of cognitive functioning typifies Alzheimer disease, depression, or some other condition. In cases for which the cause of dementia cannot be determined, a repeat assessment after several months (or ideally a year) will be helpful in tracking the course of symptoms and elucidating the cause for the dementia.

It is important to identify all factors contributing to a patient’s dementia in order to determine an treatment appropriate strategy. Patients with dementia due to Alzheimer disease, for example, may drink alcohol heavily because they are unable to remember how much alcohol they have just consumed.

What are some of the gaps in this field in terms of research and patient education?

Because Alzheimer disease is the most common cause of dementia in individuals older than 65 years, many patients who are at risk for this disease ask whether drinking alcohol will help them delay the onset of dementia or hasten its onset. At this point, we simply have no empirical evidence to support any recommendations regarding alcohol use in this population.

Another unanswered question, and the topic of some debate, is whether alcohol use in the absence of other conditions is sufficient to cause dementia. Although studies have shown various indicators of the neurotoxic effects of alcohol, it remains to be determined whether these effects are associated with functional changes. For example, can drinking alcohol can cause dementia or does some other complication such as liver damage, vitamin deficiency, or stroke need to be present in order to produce the clinical syndrome of dementia.

This is probably the most important question in the clinical setting, because if a clinician believes that a patient’s dementia is caused by alcohol use, then the patient may not receive a proper evaluation to determine the cause of, and thus potential treatment for, the dementia.

With regard to patient education, it is important to inform patients that aging affects how efficiently alcohol is metabolized. The effects of alcohol are increased with advancing age. It is also important to educate patients about the potential for interactions between alcohol and medications. Some individuals who maintain their normal patterns of drinking find that as they get older, they cannot drink at the same level without suffering from alcohol’s negative effects. 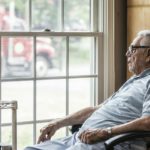 Mirtazapine Does Not Reduce Agitation in Dementia Patients