Study data published in Alzheimer’s Research & Therapy support the utility of the Self-Administered Gerocognitive Examination (SAGE) for the early identification of dementia. In a longitudinal study of older adults, SAGE detected conversion from mild cognitive impairment (MCI) to dementia an average of 6 months earlier than the clinician-administered Mini-Mental State Examination (MMSE).

Developed by Ohio State University, SAGE is a brief, multi-domain cognitive assessment tool that can be completed by the patient. The self-administration aspect of SAGE may remove certain barriers in the diagnosis and monitoring of dementia.

To test the capacity of SAGE to detect early signs of dementia, investigators conducted a retrospective chart review of patients treated at the Memory Disorders Clinic of The Ohio State University Wexner Medical Center. Eligible patients had attended at least 2 clinic visits 6 months apart and had been diagnosed with subjective cognitive decline (SCD), MCI, or Alzheimer disease (AD) dementia. Patients completed both self-administered SAGE and clinician-administered MMSE at all study visits. Patterns of change in the SAGE score were compared with patterns in MMSE score using linear regression models.

Statistically significant declines from baseline scores occurred earlier with SAGE vs MMSE among MCI converters to AD dementia (14.4 vs 20.4 months) and MCI converters to non-AD dementia (14.4 vs 32.9 months). Among patients with AD dementia at baseline, the first significant decline in SAGE scores occurred at a mean of 8.3 months from baseline. The first decline in MMSE scores, by contrast, was detected an average of 14.4 months from baseline. These findings suggest that while both SAGE and MMSE detect dementia conversion and cognitive decline, SAGE may do so at least 6 months earlier.

As study limitations, investigators cited the relatively small study cohort, particularly for patients who converted to non-AD dementia. Further, the study was conducted at a single site, which may have introduced referral and sampling biases.

“Being self-administered, SAGE also addresses a critical need of removing some barriers in performing cognitive assessments,” the investigators wrote. 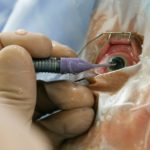