Researchers looked at 40 cognitively healthy adults, aged 65 to 75, who had the gene variant APOE ε4.

Those who consumed higher amounts of two omega-3 fatty acids found in fish — docosahexaeonic acid (DHA) and eicosapentaenoic acid (EPA) — did better on tests that assessed their cognitive flexibility. They also had a larger anterior cingulate cortex, the researchers said. The findings suggest that consuming DHA and EPA omega-3 fatty acids might improve mental flexibility by boosting the size of the anterior cingulate cortex, according to the authors of the study.

“Recent research suggests that there is a critical link between nutritional deficiencies and the incidence of both cognitive impairment and degenerative neurological disorders, such as Alzheimer’s disease,” study co-leader Aron Barbey, PhD, a professor of neuroscience, psychology, and speech and hearing science at the University of Illinois in Urbana, said in a university news release.

“Our findings add to the evidence that optimal nutrition helps preserve cognitive function, slow the progression of aging, and reduce the incidence of debilitating diseases in healthy aging populations.”

Funding for the study was provided by Abbott Nutrition, a division of Abbott, a maker of health care products. 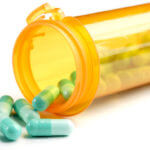