Low and high serum magnesium levels were shown to be associated with increased risk for all-cause dementia, according to the results of a recent study published in Neurology.

In this prospective population-based study, researchers enrolled 9569 participants who did not have dementia (mean age 64.9 years; 56.6% women). They measured serum magnesium level at baseline and divided magnesium levels into quintiles, with the third quintile used as a reference group for adjustment. Incident all-cause dementia was assessed during a median follow-up of 7.8 years.

In an interview with Psychiatry Advisor, Brenda Kieboom, MD, Department of Epidemiology, Erasmus Medical Center, Rotterdam, The Netherlands, and lead author on the study, explained that, “at this point in time, magnesium is not routinely measured in clinical practice, but a great majority of the population has a magnesium deficiency.” Dr Kieboom concluded that, based on the results, “magnesium below 0.70 mmol/L should be avoided.” 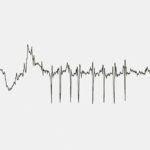