Researchers at the UW Medicine, Veteran’s Administration Puget Sound and Saint Louis University have made a promising discovery that insulin delivered high up in the nasal cavity goes to affected areas of brain with lasting results in improving memory.

The findings were published online July 30 in the Journal of Alzheimer’s Disease.

Importantly, researchers also found that insulin does not go into the bloodstream when delivered intranasally, a major concern in the medical community because it would lower blood sugar levels. Additionally, repeated doses increased insulin’s efficacy in aiding memory. 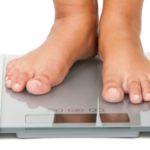 Some Dementia Meds May Cause Serious Weight Loss