Each participant underwent a mean total number of 2.6 PET scans (including the first scan and follow-up scans, range of 2 to 5), at a mean duration of follow-up assessment of 3.7 years (SD=2.4 years), so the researchers could measure longitudinal change in Aβ accumulation.

The researchers found that individuals with lower proportions of <1 Hz SWA at baseline experienced a significantly greater rate of cortical Aβ accumulation than those who had higher proportions of <1 Hz SWA (r = -0.52, P =.002) and the baseline measure of Aβ was associated with Aβ change (r = 0.80, P < .001). Sleep efficiency was negatively associated with baseline Aβ burden (r = -0.43, P =.01).

The investigators noted that the study results cannot prove that impaired sleep causes Aβ plaque accumulation because most of the study subjects already had substantial Aβ deposition at baseline, they treated PiB DVR as a continuous variable and they could not separate subjects according to initial Aβ status.

“In conclusion, the current data support the hypothesis that objective markers of human sleep are statistically sensitive in forecasting the longitudinal trajectory of cortical Aβ plaque deposition,” the researchers said. “Alongside other promising markers, the assessment of NREM SWA with EEG, and sleep efficiency measured using EEG or wristwatch actigraphy, could represent part of a set of potentially non-invasive, repeatable, and safe tools for quantification of Aβ pathological progression, before cognitive symptoms of AD.” 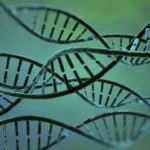