A new study has revealed that old age dementia can be avoided by losing weight, quitting smoking and reducing heart disease and diabetes risk. The World Alzheimer’s Report 2014 commissioned by Alzheimer’s disease International said that dementia’s links to physical health could be effective at fending off dementia even in later life, the Independent reported. 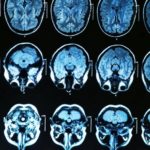