CHICAGO — The genetically-mediated effects of angiotensin-converting enzyme (ACE) inhibitors showed an improvement in cognition in patients with Alzheimer disease dementia but not in functionality, study authors from the Federal University of Sao Paulo presented at the 2018 Alzheimer’s Association International Conference, July 22-26, 2018 in Chicago, Illinois.

As ACE is an amyloid-β-degrading enzyme, ACE inhibitors are thought to increase amyloid-β levels and improve cognition by exerting an effect on the angiotensin II mediated inhibition of acetylcholine release and increasing brain substance P. Previously, ACE inhibitors and angiotensin receptor blockers (ARBs) have been shown to be involved in modulating glucose homeostasis and improving insulin sensitivity while potentially delaying cognitive decline in those with Alzheimer disease dementia. The team aimed to examine the effects of ACE inhibitors over cognitive and functional changes in these patients through a pharmacogenetic study.

Patients with late-onset Alzheimer’s disease dementia were screened with the Mini-Mental State Examination, a 15-item Clock Drawing Test, the Clinical Dementia Rating Sum-of-Boxes, the Index of Independence in Activities of Daily Living, and Lawton’s Scale for Instrumental Activities of Daily Living; follow-up was 1 year. They then used the TaqMan Real-Time Polymerase Chain Reactions for rs7412 and rs429358 (APOE haplotypes) and Polymerase Chain Reactions for the ACE I/D polymorphism.

Of the 183 patients, 95.6% used cholinesterase inhibitors and 76.5% used memantine. Arterial hypertension was noted in nearly 80% of patients, of whom 62.8% were taking ACE inhibitors. The data showed an earlier onset of dementia among APOE-ε4/ε4 carriers (P <.005).

Treatment with ACE inhibitors was associated with higher scores in the Mini-Mental State Examination (P =.048) and Clock Drawing Test (P =.028) after 1 year for APOE-ε4 non-carriers regardless of blood pressure changes (P >.24). Specifically, the study authors noted that the Mini-Mental State Examination improvements were more significant among APOE-ε4 non-carriers who carried the deletion allele of the ACE I/D polymorphism. In these patients, blood pressure changes were not affected by genetic variants (P >.43).

ACE inhibitors, however, had no impact on cognition or function for APOE-ε4 carriers no matter the ACE I/D polymorphism. 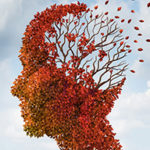