Social interactions rely on the ability to anticipate others’ intentions and actions, and identifying neurons that reflect another individual’s so-called “state of mind” has been a long-sought goal in neuroscience.

A study published in the journal Cell reveals that a newly discovered set of neurons in a frontal brain region called the anterior cingulate is used in primates to predict whether or not an opponent will cooperate in a strategic decision-making task, providing information about the inherently unobservable and unknown decisions of others.

By shedding light on the neuronal basis of cooperative interactions, the study paves the way for the targeted treatment of social behavioral disorders such as autism spectrum disorders. 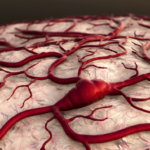 Alzheimer’s Disease May Have Roots in Vascular System