According to a study published in the journal Gastroenterology, the use of  proton-pump inhibitors (PPI) does not appear to increase the risk for dementia.

This new research was conducted in direct response to a study published in JAMA last year which concluded that, “avoidance of PPI medication may prevent the development of dementia.” At the time, the American Gastroenterological Association (AGA) expressed concerns about the study, saying that the findings did not prove a direct link between PPIs and dementia.

For this study, the researchers analyzed data from the Nurses’ Health Study II (n=13,864); they examined the association between medication use and composite scores for three cognitive domains (psychomotor speed and attention, learning and working memory, and overall cognition).

Commenting on the results, lead author Andrew T. Chan, MD, MPH, and AGA expert said, “Our new research should provide some reassurance to individuals who require these highly effective medications for long-term treatment.”

Because of the shared clinical indications, H2 receptor antagonists (H2RAs) were also examined in the study as a secondary endpoint.  Results showed that duration of H2RA use was associated with poorer cognitive scores, with the strongest association in learning and working memory (mean score difference for H2RA users of 9–14 years vs never users, –0.20; 95% CI, –0.32 to –0.08; P<0.001). However, the authors stressed that since H2RAs were not the primary medications being investigated these results should be interpreted with caution. 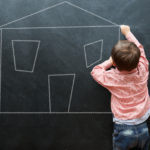 Childhood Intelligence Inversely Associated With All Major Causes of Mortality