Study data published in JAMA Neurology suggest that the apolipoprotein E (APOE) ε2 allele may be protective against amyloid-β (Aβ) accumulation in the presence of the APOE ε4 allele. In this retrospective neuroimaging study, APOE ε2 was associated with significant reductions in both overall and age-dependent levels of Aβ in the presence of ε4. These data may be significant in the development of novel Alzheimer disease treatments.

Along with age, APOE genotype is one of the strongest risk factors for Aβ accumulation. Compared with APOE ε3-only carriers, rates of early Aβ accumulation are highest in ε4 carriers and lowest in ε2 carriers. This study sought to evaluate the protective effects of ε2 in patients also carrying the ε4 allele.

Participants who were taking a prescription Alzheimer medication, had a Clinical Dementia Rating >0, or had a current serious illness were excluded. The primary outcome of interest was Aβ pathology, measured by 18F-florbetapir standardized uptake value ratio (SUVR). Cognition was measured by the Preclinical Alzheimer Cognitive Composite (PACC).

By contrast, the ε34 group had approximately twice the rate of the ε33 group (0.012 vs 0.006 SUVR per year; P <.001). The association between 18F-florbetapir SUVR and poorer PACC scores did not differ by APOE genotype. While APOE ε4 carriers displayed worse performance on the PACC compared to the ε33 group, this difference was completed mediated by Aβ. After adjusting for Aβ levels, composite PACC scores were similar between APOE genotypes. These results suggest that carrying an ε2 allele in the presence of an ε4 allele may protect against Aβ accumulation.

The primary study limitation was the exclusion of participants with cognitive impairment; results may only apply to those with Aβ pathology in the absence of cognitive dysfunction. Even so, “[the findings are] important for potential treatments that attempt to biochemically mimic the function of the ε2 allele in order to facilitate Aβ clearance in ε4 carriers,” the investigators wrote. “Such a treatment strategy is appealing, as ε4 carriers make up approximately two-thirds of patients with Alzheimer disease dementia.” 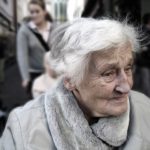