HealthDay News — Apathy is associated with an increased risk for developing probable dementia for community-dwelling older adults, according to a study published online Oct. 14 in Neurology.

Meredith A. Bock, M.D., from the University of California, San Francisco, and colleagues examined the association between apathy and probable incident dementia in a population-based sample of 2,018 White and Black community-dwelling older adults from the Health, Aging, and Body Composition study. Apathy was measured at study baseline with the modified Apathy Evaluation Scale; participants were categorized into tertiles. Over nine years, incident dementia was ascertained by medication use, hospital records, or clinically relevant cognitive decline on global cognition.

The researchers found that 381 participants developed probable dementia during nine years of follow-up. Compared with low apathy, severe apathy was associated with an increased risk for dementia (14 versus 25 percent, respectively) in unadjusted and adjusted models (hazard ratios, 1.9 and 1.7, respectively). There was an association between greater apathy and worse cognitive scores at baseline, but there was no association with the rate of change over time.

“Apathy can be very distressing for family members, when people no longer want to get together with family or friends or don’t seem interested in what they used to enjoy,” Bock said in a statement. “More research is needed, but it’s possible that these are signs that people may be at risk for Alzheimer’s disease and could benefit from early interventions and efforts to reduce other risk factors.” 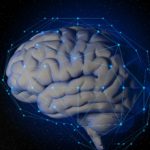