The drug, a phase 3 monoclonal antibody, was being investigated for the treatment of mild dementia due to Alzheimer’s disease.

“The results of the solanezumab EXPEDITION3 trial were not what we had hoped for and we are disappointed for the millions of people waiting for a potential disease-modifying treatment for Alzheimer’s disease,” said John C. Lechleiter, PhD, chairman, president and CEO of Lilly, in a statement.2

The results are a blow to the Alzheimer’s community at large, as high stakes were hedged against the drug successfully targeting amyloid plaques and improving cognitive measures based on the Alzheimer’s Disease Assessment Scale-Cognitive subscale (ADAS-Cog14). Instead, there was no statistically significant slowing of cognitive decline in patients treated with solanezumab vs those treated with placebo (P= .095).

While some secondary end points favored solanezumab, differences between the treatment and placebo groups were not statistically significant.

The results raise questions about the integrity of amyloid as a treatment target in Alzheimer’s disease and may be a precursor for what is to come for similar agents and trials, including Biogen’s aducanumab and the A4 trial.

“This trial was designed much like earlier trials with this agent, though there was a focus on participants [with milder disease] and confirmation of amyloid status. The outcome – used in many trials of AD – and the design leads to similar results as previous studies and is not surprising,” Mary Sano, PhD, Director of the Alzheimer Disease Research Center at the Icahn School of Medicine at Mount Sinai, told Neurology Advisor. However, other trials examining this agent are using different designs and outcomes, and so the results of those trials will be equally important, she said.

For now, the future of the solanezumab development program is unclear.  “We will evaluate the impact of these results on the development plans for solanezumab and our other Alzheimer’s pipeline assets,” Dr Lechleiter said.

The results, however, will likely invigorate the investigation of alternative agents that target inflammatory markers and tau protein. “For a long time we have agreed that at best, amyloid is only one target and many more need to be considered,” Dr Sano said.

Full results from the EXPEDITION3 trial will be presented at the upcoming Clinical Trials in Alzheimer’s Disease meeting, taking place December 8-10, 2016, in San Diego, California. 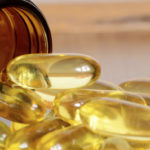