The study was an examination of CSF sTREM2 levels and genetic analyses in community-dwelling older adults with and without cognitive impairment. Those included in this study had previously participated in research focused on memory and aging. Study researchers classified participants as African American (n=91) or nonhispanic White (n=868).

A major limitation of this study was the small number of participants in the African American group relative to the nonhispanic White group.

The study investigators concluded that the “development of AD therapies that are less likely to be effective in AA would further compound longstanding injustices experienced by AA” and that their “study underscores the importance of carefully evaluating the effects of race on AD pathophysiology.” 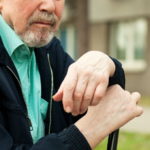