The Food and Drug Administration (FDA) has approved updated labeling for Aduhelm™ (aducanumab-avwa) to include additional information related to the populations studied in the clinical trials.

The Indications and Usage section now states that treatment with Aduhelm should be initiated in patients with mild cognitive impairment or mild dementia stage of disease, the population in which treatment was initiated in clinical trials. The safety or effectiveness of initiating treatment at earlier or later stages of the disease have not been studied.

Aduhelm is a human monoclonal antibody that is derived from a de-identified library of B cells collected from healthy elderly subjects with no signs of cognitive impairment or cognitively impaired elderly subjects with unusually slow cognitive decline. The treatment, which is administered as a monthly intravenous infusion (every 4 weeks and at least 21 days apart), binds to aggregated β-amyloid and promotes removal of amyloid from the brain.

In June 2021, the FDA granted accelerated approval to Aduhelm based on a surrogate endpoint, which in the case of Aduhelm was the reduction of amyloid beta plaque, going against the recommendations of its advisory panel. Three members of the FDA’s Peripheral and Central Nervous System Drugs Advisory Committee subsequently resigned over the approval. Two House committees have launched an investigation into the controversial approval, as well as the drug’s high price. 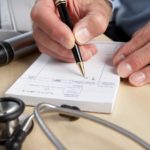