A recent study published in Psychiatry Research reveals that patients in the manic stages of bipolar disorder have greater impairment in decoding social cues from eye expressions compared with those in the depressed or euthymic stages of the condition.

Investigators from multiple sites of the Queens University Health Sciences Hospital system in Canada evaluated 59 patients in all 3 stages of bipolar disorder (13 manic, 25 depressed, 20 euthymic) on the performance of 2 tasks: the Reading of the Mind Eyes Task and the Animals Task.1 Patients in the manic phase of bipolar disorder scored much lower on the Eyes Task than either of the other groups despite similar response times, indicating it was not a function of rushing through the test.

In their primary analysis, the authors found that poor performance on the Eyes Task corresponded directly with symptoms of psychotic mania measured according to the Young Mania Rating Scale (YMRS). The YMRS features that stood out most prominently were manic manifestations of speech, thought content, appearance, and language, which overlapped with signs of schizophrenia. The investigators observed that social impairment associated with distorted cognition is as severe in bipolar disorder as in schizophrenia and suggested that the YMRS features might be a potential target for therapy.

Theory of mind is a critical feature of interpersonal function that refers to an individual’s ability to accurately determine the mental states of other people based on cognitive reading of social cues such as tone of voice and facial expressions. Key constructs in theory of mind include both comprehension and application of this information.

Deficits in theory of mind decoding among individuals with bipolar disorder compared to normal controls have been well documented, particularly in the manic phase2; however, the current study appears to be the first to compare deficits across disease phases. Expression of symptoms that affected functional performance were more severe in manic and hypomanic states than in depressed or euthymic phases of bipolar disorder and correlated with poor performance on tests of executive function.3

The authors reported that a particularly interesting finding of the study was the greater degree of social functional deficits in the manic group compared to depressed and euthymic counterparts, which was attributable, at least in part, to poorer ability to read eye expression.

According to the investigators, these results point to the need for further study to identify whether deficits across bipolar phases vary in all individuals, to investigate overlaps in symptoms of thought disorder in both psychosis and bipolar disorder, and to investigate the role of interference in theory of mind decoding in all phases of bipolar disorder. 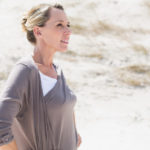