Participants included members of the 1958 British Birth Cohort, a general population sample of all persons born in England, Scotland, and Wales in a single week in March 1958 who were followed up to 50 years of age (2008). We included approximately 11,000 cohort members with information on depressive symptoms or frequency of physical activity at 23, 33, 42, or 50 years of age. 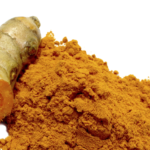 Turmeric May Work As A Depression Treatment