Mental illness is a top cause of global disability and the source of significant burden to social, economic, and healthcare systems. The cost of lost productivity due to psychological and related disorders is estimated to approach $8.5 trillion.1 Treatment as usual with medication and psychotherapy is ineffective for a substantial portion of patients–more than 50% of those with major depressive disorder, for example2–indicating the need for alternate prevention and treatment strategies.

“Indeed, recent evidence suggests that despite a substantial increase in the use of psychotropics and wider availability of psychotherapies, the population burden of depression has not reduced, and may be increasing,” according to a review published in the Proceedings of the Nutrition Society.3 “If indeed this is the case, it suggests the presence of operative environmental risk factors for depression.”

A sizeable and increasing body of research in the growing field of nutritional psychiatry supports the role of diet in mental health, as well as its potential as a modifiable risk factor for mental illness. The new review examined evidence from systematic reviews, meta-analyses, clinical trials, and observational studies that have focused on this topic.

Overall, this research has found an inverse association between healthy dietary patterns (those with high intake of fruits, vegetables, whole grains, nuts and seeds, fish, and minimal intake of processed foods) and the risk of depression.4-6 Importantly, these associations are “independent of body weight, suggesting dietary patterns can affect mental illness via pathways that are independent of weight status,” the authors noted.

Such studies have also positively linked depression and anxiety with unhealthy dietary patterns (characterized by frequent consumption of high-fat, high-sugar, processed foods).4,7 Additional findings have observed associations between poor nutrition in utero and in early life with emotional and behavior impairment in childhood.

The most-studied pathways implicated in the connection of diet and mental illness are as follows. Each pathway likely overlaps and interacts with the others.

To learn more about the latest developments in this field, along with clinical implications for mental health professionals, Psychiatry Advisor spoke with one of the authors of the review: Felice Jacka, PhD, researcher and professor of nutritional and epidemiological psychiatry at Deakin University in Australia, founder and director of the Food and Mood Centre there, and founder and president of the International Society for Nutritional Psychiatry Research (ISNPR).

Psychiatry Advisor: What is the most compelling evidence supporting an influence of diet quality on mental health?

Dr Jacka: We and others have led many studies showing that the quality of people’s diets is linked to their mental health. In particular, whether people choose a diet higher in vegetables, fruits, whole grains, nuts and legumes, fish, and grass-fed meat, or a diet high in processed and junk foods–such as soda, fried and fatty foods, and foods high in refined carbohydrates and added sugars–is linked to their risk for the common mental disorders, depression and anxiety.

These relationships are largely independent of income, education, physical activity, smoking, body weight, and other important factors that might influence diet and mental health. Importantly, these long-term relationships do not appear to be explained by an impact of mental health on dietary habits, although that is also a factor to consider. We see these patterns of associations consistently across the world, in diverse countries and cultures, and–very importantly–across age groups. 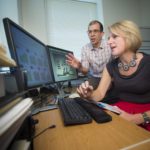