Mindfulness-based cognitive therapy (MBCT), which involves training people to change they way think and feel about experiences, may be as effective as maintenance antidepressant treatment in preventing depression relapse.

Willem Kuyken, PhD, a research clinical psychologist at the University of Oxford in England, and colleagues sought to find out whether MBCT is superior to antidepressants in terms of preventing depression relapse. They enrolled 424 adults with recurrent depression who were also taking an antidepressant as maintenance treatment.

Patients were then randomized to either withdraw from their antidepressant and receive MBCT or continue taking their medication. Those in the MBCT group attended eight group sessions each lasting a little more than two hours, plus daily home practice. The group sessions included guided mindfulness practices, group discussion, as well as additional cognitive behavioral exercises

They also had the opportunity to attend another four follow-up sessions over the next year. Those in the other group continued on their medication for two years. All participants were assessed at various times over the two years for a major depressive episode using the Structured Clinical Interview for DSM-IV.

Over two years, relapse rates in the two group were similar — 44% in the MBCT group vs. 47% in the maintenance antidepressant group — the researchers reported in The Lancet.

“As a group intervention, mindfulness-based cognitive therapy was relatively low cost compared to therapies provided on an individual basis and, in terms of the cost of all health and social care services used by participants during the study, we found no significant difference between the two treatments,” study co-author Sarah Byford of King’s College London said in a statement.

In a related comment to the study, Roger Mulder, PhD, University of Otago, New Zealand, wrote, “Because it is a group treatment that reduces costs and the number of trained staff needed, it might be feasible to offer [MBCT] as a choice to patients in general practice.” 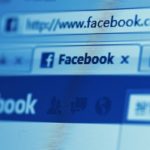