Researchers have found that whole-body hyperthermia (WBH) is promising as a safe and rapidly acting treatment for depression, with long-lasting benefits after a single session, compared with placebo. The findings are published in JAMA Psychiatry.

“In humans, exposure to cutaneous heating (41°C) activates the midorbitofrontal cortex, the pregenual anterior cingulate cortex, and the ventral striatum, with the degree of activation being associated with subjective pleasantness ratings made in response to the warm temperature,”2 wrote Clemens W. Janssen, PhD, from the Department of Human Development and Family Studies at the University of Wisconsin-Madison and colleagues. “Importantly, these and other brain regions most implicated in registering — and reacting to — pleasant thermal signals show decreased activity in patients with major depressive disorder (MDD).”3

Based on this knowledge, the researchers have conducted various animal and human studies on hyperthermia’s effects on the brain and its possible effects on symptoms of depression. In a small open trial of WBH in humans, the researchers found that one session of WBH was significantly associated with reduced depressive symptoms 5 days after treatment.4 However, this trial lacked a control group, and the participants were also receiving other treatments for depression, making it impossible to assess how long the benefits of one WBH session might last.

The researchers therefore conducted this randomized, double-blind design study to address these issues from previous trials (clinicaltrials.gov Identifier: NCT01625546). They aimed to determine whether 1 session of WBH would reduce depressive symptoms 1 week after treatment compared with placebo, and also aimed to observe whether improvements would last 6 weeks after treatment. They also sought to better understand the development of adverse events of WBH.

The researchers screened 338 individuals from the Banner University Medical Center in Tucson, Arizona. Of those screened, 34 were randomized, 30 received a study intervention, and 29 provided at least 1 post-intervention assessment and were included in a modified intent-to-treat efficacy analysis. Sixteen participants underwent WBH with 15 completing the 6 week follow-up; 14 participants underwent the placebo with 11 completing the 6 week follow-up.

The authors noted that 10 out of the 14 participants (71.4%) who underwent the placebo treatment believed they had received active hyperthermia when they were questioned immediately after the procedure, demonstrating that it was a convincing set-up.

“To our knowledge, this is the first randomized, double-blind, [placebo]-controlled study of WBH for the treatment of MDD. Consistent with results from a prior small open trial,4 the current study found that WBH was associated with a substantial reduction in depressive symptoms that was apparent within 1 week of treatment,” the authors wrote. “Moreover, the use of a credible sham condition increases confidence that the effect of WBH on depressive symptoms is not solely the result of placebo factors related to nonspecific aspects of the procedure.”

The researchers noted, however, that while 1 session of WBH produced clear antidepressant results, the response rates were lower than what is typically observed in trials in which interventions are given on a daily basis during the study period.

Because 1 treatment of WBH may produce lasting improvements in depression, the researchers compared this treatment with the results from other novel treatments such as ketamine and scopolamine. “Active improvement in mean HDRS scores in the WBH group only occurred during the first 2 weeks after treatment, after which scores were maintained but not further reduced. This suggests a timeframe of biologic effect more in line with the assumed effects of ketamine and scopolamine,” the authors wrote.

Researchers have found that whole-body hyperthermia is promising as a safe and rapidly-acting treatment for depression, with long-lasting benefits after one session compared with placebo.

Future studies are needed to determine the optimal temperature, number, and timing of treatments for producing the largest and longest-lasting results in most patients.

The study sample’s modest size limits the number of tests that can be run on the data without risking type I errors. This limited the ability to test the moderating effects of baseline covariates that were not balanced by randomization.

Even though 71.4% of participants who received the placebo treatment incorrectly guessed that they had received the active WBH, it is still possible that functional unblinding of the participants occurred, because the degree of heat experienced was different between the active and sham treatments. It is possible that this contributed to differences between the 2 interventions.

Participants were not specifically limited to those with treatment-resistant depression. Testing WBH in this population is an important next step in further research.

Mild hyperthermia was chosen because of its success in an earlier trial,4,6 and because the risks of even warmer temperatures (> 38.5°C) are significantly greater.5 However, the researchers noted they do not know whether milder or hotter temperatures would produce better results.

This study (clinicaltrials.gov Identifier: NCT01625546) was funded by the Brain & Behavior Research Foundation (Independent Investigator Award), the Depressive and Bipolar Disorder Alternative Treatment Foundation, the Institute for Mental Health Research, the Braun Foundation, and from Barry and Janet Lang and Arch and Laura Brown.

Charles L. Raison, MD, has served on the speakers’ bureau for Merck in the past 12 months. None of the investigators has a financial interest in the companies that manufacture the Heckel HT300 hyperthermia device used in this study. No other disclosures were reported. 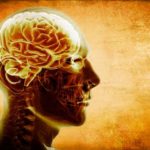