A study found that brain volume changes in electroconvulsive therapy (ECT) were ipsilateral to the side on which electrodes were placed and that bi-temporal stimulation addressed major depressive episodes more effectively according to findings published in the Journal of Neuropsychiatry and Clinical Neurosciences. The latter finding echoed 2011 US Food and Drug Administration (FDA) guidelines.

Electroconvulsive therapy is only used in patients with depression resistant to other forms of treatment and its mechanisms of action have not been fully addressed in research. This study examined the physical effects of bi-temporal vs right unilateral electrode placement and how placement influenced efficacy.

The investigators recruited 24 adult patients from 2 research centers: the mood disorders inpatient unit of Bellvitge University Hospital (n=12) in Barcelona, Spain, and the department of psychiatry at Massachusetts General Hospital (n=12) in Boston. All participants met the criteria for a major depressive episode according to the Diagnostic and Statistical Manual of Mental Disorders, 4th Edition (DSM-IV). Patients were excluded on the basis of past-year ECT. Patient medication dosage and status remained unchanged throughout the study.

The Bellvitge cohort received bi-temporal ECT, with which the investigators observed a clinical response of 89.26%. Only a 33.41% clinical response was observed in participants in the Massachusetts General group, who received right unilateral ECT. Changes in gray matter volume appeared ipsilateral to electrode placement.

The researchers cited methodologic difference between the American and Spanish study sites and cautioned that their findings may “be better understood as depicting the neurobiological correlates of two different treatment approaches.” 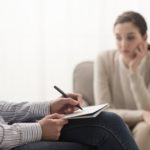 Challenging Stigma: Should Psychiatrists Disclose Their Own Mental Illness?