In a recent study1 involving 404 patients with first-episode psychosis recruited at 34 community clinics in 21 different US states, we found that the median duration of untreated psychosis was 1.5 years.2 Data regarding patients with other conditions suggest even longer intervals between onset of signs and symptoms and appropriate diagnosis: bipolar disorder, 6 years; major depression, 8 years; generalized anxiety disorder, 9 years, and alcohol abuse, 9 years.3

The baseline National Comorbidity Survey estimated that approximately 80% of all people in the United States with a mental disorder eventually seek treatment, but that the median delay between first onset of the disorder and first treatment is nearly a decade.4,5 Research conducted in other developed countries has also found lengthy delays in treatment implementation.

It is critical to understand this issue and to facilitate earlier identification and treatment implementation, as delays in treatment can be associated with poorer outcomes, even when treatment is ultimately received (although not all studies discover this relationship6).

Wang et al reported that the most consistent predictors of failure to make treatment contact are cohort and age at onset.3 Age at onset was divided into categories 0-12, 13-19, 20-29, and 30 years or older. Cohort was defined by age at interview, categorized as 18-29, 30-44, 45-59, and 60 years or older). In other words, early-onset disorders are associated with longer delays and a lower overall probability of initial treatment contact. (This was also observed in our study of duration of untreated psychosis2) It may be that youth are less likely to receive early treatment in the course of their illness because they usually require the help of parents or adults, and recognition by the latter may be low unless the condition is severe.

At the same time, the suggestion by Wang et al3 that shorter delays and a higher proportion of cases with eventual treatment contact are seen in more recent cohorts is encouraging in providing some evidence that patterns of help seeking might have improved in the recent past. It is possible, but difficult to prove, that attempts both to increase awareness of and to destigmatize mental illness, along with increased efforts at screening and outreach, have had the desired effect. It is also possible that, although controversial, direct-to-consumer advertising has helped facilitate earlier treatment seeking.

In the 1990s, Jorm et al coined the term “mental health literacy,” which they defined as “knowledge and beliefs about mental disorders which aid in their recognition, management or prevention.”7 Community surveys of mental health literacy conducted in countries around the world find that many people are unable to correctly recognize mental disorders. Interestingly, people often do not use psychiatric illness labels such as depression but, rather, are likely to use more normalizing labels such as a reaction to stress or problems in everyday living. These labels may seem less stigmatizing and less in the “medical model” and, therefore, more under the person’s control, but these people are also less likely to promote seeking help from an appropriate professional.

Public education campaigns and increased outreach and screening for psychotic disorders have shown some success, but these approaches require resources and appropriate implementation. The TIPS project in Norway (TIPS being an acronym for early detection and treatment) is 1 example of such an effort.8,9 TIPS focuses on reducing the delay in accessing effective treatment for first-episode psychosis; that is, reducing the duration of untreated psychosis to reach patients in an earlier stage of illness development and to achieve better short- and long-term outcome. This work has demonstrated that it is possible to reduce the duration of untreated psychosis through information campaigns and low-threshold, easily accessible services. They also reported that patients who are reached earlier in the development of their illness have a shorter period of active psychosis and are less symptomatic at first presentation.

In the United States, 1 current example is Srihari et al, from Yale University, New Haven, Connecticut,10 who have implemented an early detection program (labeled “Mindmap”) and are working with a wide range of partners including high schools and colleges, religious communities, police departments, primary care centers, the judicial system, social welfare system, policymakers, and others. Outreach goals are to disseminate reliable information to those who interact frequently with young people, to share Mindmap resources, and to let partners know how to contact an appropriate treatment program for consultation and/or clinical evaluation. The strategy combines this professional outreach with a social marketing approach to empower caregivers and patients to seek care.

Given the effect of the Internet and social media on the way young people access and share information, we have been very interested in understanding how youth (and families) confronted with the onset of a psychotic disorder seek, gather, and act on information. We used a series of search terms likely to represent possible concerns or questions that might occur to someone experiencing psychotic symptoms, but not familiar with terms such as schizophrenia or psychosis.11 We explored results with these terms on 3 widely used platforms (Google, Facebook, and Twitter) and extracted the first 5 “hits.” Results were classified into 4 categories: promotes help seeking, delays help seeking, undetermined impact, and unrelated to treatment. We found that with the search terms employed, few of the top 3 online resources encourage potentially psychotic youth to seek professional evaluation. The majority of our searches yielded unmonitored chat forums that lacked a unified message. The remainder promoted stigma, normalized potentially psychotic experiences, or were completely unrelated to mental health. Searching for “schizophrenia” or “psychosis” was most likely to yield appropriate educational material and encourage consultation, but this is unrealistic until excellent mental health literacy becomes the norm.

In another pilot project,12 we developed a questionnaire to explore patients’ and families’ experiences with their “pathways to care” after the first onset of psychotic signs or symptoms. We included 55 participants with psychosis and a mean age of 21 years. Fifty-four patients were currently using social media and had done so, on average, for 5 years. They checked their social media site at least 9 times/day and spent an average of 2 hours/day doing so. Thirty-eight (69%) patients attributed changes in their mental state to stress (14 reported stress related to relationships), 34 (62%) thought changes would go away on their own, and 31 (56%) waited to reach out for this reason. Participants reported waiting, on average, 15 weeks before reaching out in person or online. This highlights the tendency for affected individuals to want to handle the problem on their own or wait for it to subside. In some situations, that might be appropriate, but in the case of psychotic disorders, that is not be likely to lead to a desired outcome.

Other strategies that might facilitate earlier identification and treatment include the use of semantic analysis (also referred to as linguistic inquiry/word count), which has been shown to be capable of identifying changes or vulnerabilities in mental states.13 In addition, it is also possible that accessing an individual’s Internet search history can provide insights into changes in mental status. There are clearly many privacy and ethical issues to be resolved before such strategies could be employed on a wide scale, but there are possibilities that have never existed before to reduce the duration of untreated psychosis. 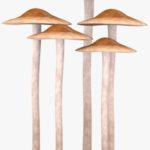