Roger S. McIntyre, MD, professor at the University of Toronto and Head of the Mood Disorders Psychopharmacology Unit at the University Health Network in Toronto, Ontario, Canada, and colleagues assessed cognition and pain levels of 100 participants with depression and 100 healthy controls using THINC-it, a computer or tablet-based cognitive assessment tool, and the visual analog scale for pain (ClinicalTrials.gov Identifier: NCT02508493).

Although this study replicates results from previous studies showing that those with depression experience pain differently than those without depression, it further identifies that there is a relationship between subjective cognitive function and pain ratings in predicting objective measures of cognitive function.

The researchers concluded that their findings provide evidence to screen for pain in patients with depression, especially in situations in which “persisting functional problems are observed.” They also hypothesized that based on their findings, effectively treating pain in depression may also increase cognitive and functional outcomes.

“Research that aims to measure cognitive function in [major depressive disorder] should seek to adjust for the effect of pain measures on cognitive-dependent measures,” they concluded. 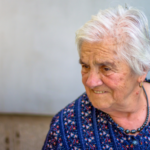