A review article published in Current Psychiatry Reports suggests that psychotherapies delivered in primary care are effective in reducing depressive symptoms in the majority of adult patients. The researchers sought to address the large population receiving mental healthcare in primary care settings; many studies focus instead on patients in mental health services and psychiatric settings.

The investigators also assessed differential delivery methods for psychotherapy. Per recent meta-analyses, technologically delivered therapies were comparable with face-to-face therapies. Specifically, therapies administered via the internet, mobile apps, and telephone were significantly associated with reductions in depressive symptoms. In low- and middle-income settings, psychotherapies administered by lay health counselors — including trained lay persons — also had significant positive effects for depression and anxiety management. In studies that compared psychotherapy types, BAT was found to be as effective as CBT, although the latter is much more widely used. Overall, investigators found that primary care psychotherapy can be delivered effectively in many forms.

These data suggest that psychotherapy administered in primary care is effective across many delivery methods and target groups. Compared with pharmacotherapy, psychotherapy had longer-lasting effects and was preferable for most patients.

The investigators noted, however, that many patients still do not remit following psychotherapies; in fact, 30% of patients do not respond to any depression treatment. Additionally, many studies had methodologies of suboptimal quality. The researchers noted that further research is necessary to explore the impact of psychotherapy in primary care, particularly in certain vulnerable patient groups, including youths and patients with substance use disorders. 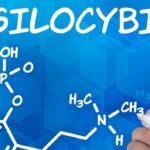