Interpretation of depression scale scores may indicate inaccurately that selective serotonin reuptake inhibitors (SSRIs) are not as effective for nonsevere depression, according to research published in Lancet Psychiatry. This contradicts previous reports that antidepressants are only effective in patients with severe depression. Such studies typically use disputed measures of improvement and are based on group-level rather than on patient-level data.

On the HDRS-6 subscale, there was no difference between patients with severe or nonsevere depression with respect to SSRI-induced decrease in depressed mood and other symptoms. After excluding patients with extreme baseline values, a positive association was seen between severity and efficacy when looking at the HDRS-17 sum score. However, using the non-HDRA-6 sum score as an outcome measurement, a significant treatment response was seen in patients with severe depression, but no effect was seen in those with nonsevere depression. Results demonstrated that the majority of differences between these groups of patients was a result of these non-HDRA-6 symptoms.

“These observations highlight the importance of reconsidering how depression rating scales are used to define depression severity and to assess treatment response. They also underline the importance of interpreting results from group-level meta-analyses with due caution,” they concluded. 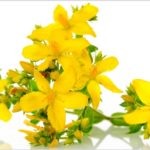 CAM Therapies Evaluated for the Treatment of Clinical Depression