Escitalopram plus adjunctive ziprasidone may lead to weight gain and akathisia and require additional monitoring of patients with major depressive disorder (MDD), but ziprasidone augmentation appears safe overall, according to research published in the Journal of Clinical Psychiatry.

David Mischoulon, MD, PhD, from the Depression Clinical and Research Program at Massachusetts General Hospital in Boston, and colleagues conducted a randomized, double-blind, placebo-controlled study of patients with persistent MDD (Ziprasidone Augmentation of SSRIs for Patients With Major Depressive Disorder That Do Not Sufficiently Respond to Treatment With SSRIs; ClinicalTrials.gov identifier: NCT00633399). Outpatients (n=139) were recruited after an 8-week open-label trial of escitalopram.

Body mass index, weight, low-density lipoprotein-cholesterol and high-density lipoprotein-cholesterol, triglycerides, fasting glucose, HbA1c, thyroid-stimulating hormone, and prolactin levels were assessed at baseline and again at the conclusion of the double-blind phase. Measurements for all parameters were comparable at baseline between both groups (P >.05). No significant changes were recorded in most measures by week 8, although ziprasidone therapy resulted in a “significantly greater” weight increase than placebo (net difference, 2.5 kg; P =.03).

Although baseline QTc measures were also similar between groups, QTc increased by a mean 8.8 milliseconds by week 8 in the ziprasidone group (P =.06), so a significant association was noted between ziprasidone dose and QTc prolongation.

Patients in the ziprasidone group experienced a significantly higher baseline Barnes Akathisia Scale score for 1 item (objective); the other 3 items (subjective awareness of restlessness, distress related to restlessness, and global clinical assessment of akathisia) were similar between groups. During the study period, Barnes Akathisia Scale scores for item 4 increased in the ziprasidone group and decreased in the placebo group (P =.01).

“Adjunctive ziprasidone when combined with the [selective serotonin reuptake inhibitor (SSRI)] escitalopram in MDD patients…demonstrated a mild increase in QTc that is deemed unlikely to be of broad clinical relevance,” the researchers wrote. “The positive efficacy findings for this combination supported its use as an effective augmentation of an SSRI, and our current results also support relative safety of the combination therapy.”

“However, in view of the developing concerns and warning about SSRIs and QTc prolongation, clinicians should carefully weigh the pros and cons of this combination,” they concluded.

The current study focused on efficacy, safety, and tolerability of adjunctive ziprasidone; it is unclear whether results would have been different if other antidepressants were used in conjunction with ziprasidone. 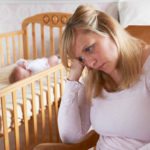