While hypertension is associated with an increased risk of depression, continued treatment of the disease with hypertensive agents may reduce this risk, according to a study in Hypertension.

In this study, researchers from Denmark obtained anonymized data from Danish population-based registers, including data on all prescribed medications purchased at pharmacies from January 1, 1995, and onward. The study population included 5.4 million people in Denmark.

The investigators focused their research on 41 most commonly used antihypertensive drugs and their association with incident depression compared with diuretics. Types of drugs included angiotensin agents, calcium channel blockers, and β-blockers.

Two different outcome measures were evaluated, including: a depressive disorder diagnosed as an inpatient or outpatient at a psychiatric disorder, and a combined measure of a depression diagnosis or use of antidepressant medications.

Limitations of this study included that the diagnosis of depression was not research based but based on clinical diagnosis, the lack of data on drug adherence as well as the potential of residual confounding from unmeasured variables, the investigators noted.

The researchers concluded that their study suggests that clinicians treating patients with hypertension should prescribe 1 of the identified individual antihypertensive “drugs depending on the somatic indication, especially in patients at increased risk of developing depression, including patients with prior depression or anxiety and patients with a family history of depression.” 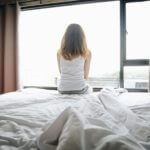 Use of Acute and Maintenance Intravenous Ketamine in Outpatients With Depression