Prenatal depression may be more common today among young pregnant women than among women in their mothers’ generation, according to a study recently published in JAMA Network Open.

The relative risk for depression was 1.51 (95% CI, 1.15 to 1.97) in second- vs first-generation mothers, which included adjustment for age, education, body mass index, parity, and smoking, as well as imputation for data from missing confounding variables. Restricting results to the 66 mother-daughter pairs did not significantly alter these figures, although prenatal depression in mothers did increase the risk in daughters (relative risk, 3.33; 95% CI, 1.65 to 6.67).

Data were collected as part of the Avon Longitudinal Study of Parents and Children, which paired both mothers with their daughters and mothers with their sons’ pregnant female partners. Both generational groups were between 19 and 24 years of age during their pregnancies and were born in southwest England. The primary outcome of this study was self-reported depressed mood, with possible scores ranging from 0 to 30.

The study researchers conclude that “depressed mood may be higher in young pregnant women today than in their mothers’ generation. Because of the multiple and diverse consequences of prenatal depression, an increase in prevalence has important implications for families, healthcare professionals, and society.” 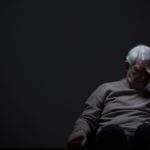