The presence of maternal depression symptoms in the perinatal period was associated with brain development in offspring at 10 years of age, according to a population-based study published in the American Journal of Psychiatry.

The study included data from 3469 mother-child pairs who were part of the Generation R Study, a longitudinal birth cohort in Rotterdam, The Netherlands. Investigators examined whether there was a connection between maternal depression and child brain development, using a validated self-report questionnaire to assess maternal depressive symptom patterns during pregnancy (20.6 weeks of gestation on average) and when the children were 2 months, 3 years, and 10 years old, followed by brain neuroimaging in the offspring at age 10 years.

Because only cross-sectional neuroimaging data were used, researchers could not determine whether the effects were permanent or transient. In addition, the prevalence of depression was low in the cohort, limiting researchers’ ability to detect an association. They cautioned, “The results must be generalized carefully to more vulnerable populations.”

The investigators concluded, “Maternal depressive symptoms in the perinatal period, in particular the postnatal period, are more likely to affect offspring brain development, which suggests a critical period of sensitivity.” 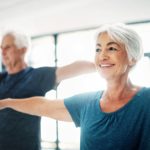