The findings of a review of self-guided, internet-based cognitive behavioral therapy (CBT) trials indicated that the design of these studies was, in general, comparable to that of studies of other types of depression treatment. The review was published in the Journal of Medical Internet Research.

Effective, internet-based CBT could help reduce the gap between the number of depression sufferers and clinicians available to treat them. Although some evidence has suggested its validity, the investigators of the study evaluated the entry criteria for internet-based trials and the potential effect of these criteria on their outcomes.

The investigators used 16 randomized controlled trials from a 2017 meta-analysis of internet-based CBT and used PubMed, MEDLINE, PsycINFO, and EMBASE to identify 5 new ones. These 21 studies included adults who were seeking treatment for depression that had been diagnosed according to a semi-structured, psychiatric interview.

The largest observed difference was that internet-based CBT studies infrequently excluded patients on the basis of a substance use disorder (24%), although this exclusion was typical in antidepressant (80.6%) and face-to-face psychotherapy (75%) studies. Researchers also noted that antidepressant studies were less likely to exclude patients on the basis of severe symptoms, at only 8.2%, compared with 29% of internet-based trials.

“Until evidence emerges to the contrary…it cannot be said that [internet-based] CBT studies apply more stringent inclusion and exclusion criteria than studies of other treatments for depression or that the efficacy of the treatments is inflated by using a less complex or severe patient population,” the researchers concluded.

The researchers noted their review was limited by the small number of self-guided internet-based CBT studies. Further meta-analysis is warranted as more trials are completed. 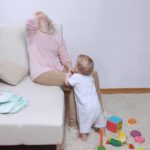