Findings from the phase 3 GEMINI study, which evaluated the safety and efficacy of AXS-05 (dextromethorphan/bupropion modulated delivery tablet) in patients with major depressive disorder (MDD), showed that the treatment led to significant improvement in depressive symptoms.

AXS-05 consists of dextromethorphan, a non-competitive N-methyl-D-aspartate (NMDA) receptor antagonist, and bupropion, a norepinephrine and dopamine reuptake inhibitor that serves to increase the bioavailability of dextromethorphan. In the GEMINI study, 327 patients who met the DSM-5 criteria for MDD were randomized to receive AXS-05 (n=163) or placebo (n=164) for 6 weeks. The primary outcome measure was the change from baseline in the Montgomery-Åsberg Depression Rating Scale (MADRS) total score at Week 6.

Results showed that treatment with AXS-05 was associated with a statistically significant mean reduction from baseline in MADRS total score, compared with placebo at Week 6 (16.6 points for AXS-05 vs 11.9 points for placebo; P =.002). In addition, 35.9% of patients in the AXS-05 arm were reported to be in remission, defined as an absence of clinically significant symptoms of depression (MADRS total score ≤10), compared with 17.3% of placebo-treated patients (P <.001).

Moreover, treatment with AXS-05 was associated with statistically significant improvements in quality of life (measured by the Quality of Life Enjoyment and Satisfaction Questionnaire-Short-Form; P =.011 at Week 6) and functional impairment (measured by the Sheehan Disability Scale; P =.002 at Week 6).

As for safety, AXS-05 treatment was found to be well tolerated; dizziness, nausea, headache, diarrhea, somnolence, and dry mouth were the most commonly reported treatment-emergent adverse events.

“AXS-05 demonstrated a rapid and very clinically meaningful improvement in depressive symptoms, observed after only 1 week, in this large and well-controlled phase 3 trial in major depressive disorder,” said Professor Maurizio Fava, MD, Psychiatrist-in-Chief at Massachusetts General Hospital (MGH), Director of the Division of Clinical Research of the MGH Research Institute, and Associate Dean for Clinical & Translational Research at Harvard Medical School. “Currently marketed antidepressants fail to provide adequate treatment response in almost two thirds of treated patients, and may take up to 6 to 8 weeks to provide clinically meaningful response. These data suggest that AXS-05, as an oral NMDA receptor antagonist with multimodal activity, may represent a novel treatment for major depressive disorder.”

Based on data from this trial and the phase 2 ASCEND study, the Company expects to submit a New Drug Application to the Food and Drug Administration in the second half of 2020. AXS-05 is also being investigated in the phase 3 STRIDE-1 trial as a potential therapy for treatment-resistant depression, as well as the ADVANCE-1 study in patients with Alzheimer disease agitation. 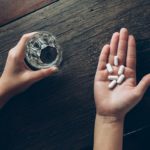