Study data published in Cell describe the development of a biosensor that allows for the monitoring of serotonin dynamics in the brain in real time. Using this biosensor, researchers were able to investigate a novel psychedelic compound that appears to ameliorate depressive symptoms without inducing hallucinogenic experiences.

Although certain psychedelic compounds have displayed promise for the treatment of depression, it remains unclear whether the therapeutic properties of these compounds can be separated from the hallucinogenic effects. Psychedelic compounds most often target the 5-hydroxytryptamine 2A receptor (5-HT2AR) in neurons and exert influence by binding the receptor and changing its shape. Different conformational changes map to different psychological effects.

One compound studied during psychLight trials, AAZ-A-154, appeared to reduce depression symptoms without producing hallucinogenic effects. Mice treated with AAZ-A-154 did not display either any head twitches or any fluorescence with psychLight. During in vitrostudies of cultured rat embryonic cortical neurons, AAZ-A-154 appeared to “promote dendritic outgrowth” and increase “dendritic…complexity” in a manner similar to the antidepressant ketamine. AAZ-A-154 also appeared to decrease anhedonic behavior in mice as demonstrated by their decreased immobility during forced swim tests and increased interest in a sweetened water solution.

The development of psychLight may enable future researchers to test the potential hallucinogenic properties of novel therapeutic compounds. PsychLight also displays potential for the monitoring of serotonin dynamics in real time, which could better inform the nature of depression and its response to psychedelic drugs. Further study of the compound AAZ-A-154 is also warranted. 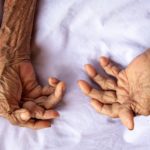