Researchers performed a whole-genome analysis to determine the differences in the gut microbiome between people with major depressive disorder (MDD) and healthy controls.

Researchers performed a cross-sectional whole-genome shotgun metagenomics analysis of 311 fecal samples from MDD and healthy patients. The intent was to “characterize the signatures of gut bacteriophages and bacteria as well as their functional potential.” The researchers also performed gas chromatography–mass spectrometry (GC-MS)–based fecal metabolomics analysis.

Looking at findings from both, researchers aimed to uncover alterations in people with MDD.

The researchers found bacterial signatures between the two groups were “significantly distinct” [permutational multivariate analysis of variance (PERMANOVA), P = 0.003]. They found 47 discriminative bacterial species between the MDD and healthy groups and 18 enriched species in the MDD group. The MDD group showed enrichment in 16 metabolites and depletion in 34 metabolites, mostly belonging to the genus Bacteroides and involved in amino acid metabolism.

While the research has advantages, including the use of well-characterized large cohorts to describe disturbances of the overall gut ecology implicated in MDD which provides a comprehensive, multilevel understanding of the role of the disturbed gut microbiome on the development of MDD, however, the specific mechanisms need to be further clarified in animal studies. 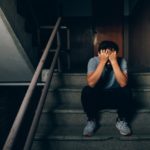 Examining the Links Between Migraine and Major Depressive Disorder