Individuals with major depressive disorder (MDD) have higher concentrations of monoamine oxidase B (MAO-B) in the prefrontal cortex (PFC), according to the results of a case-control study published in JAMA Psychiatry.

MAO-B is a high-density enzyme that has for the most part been unexplored as a possible pathologic pathway in MDD. Glucocorticoid exposure causes many of the biologic abnormalities associated with MDD, and glucocorticoids increase the transcription of MAO-B through a variety of mechanisms. Chronic stress and drugs such as dexamethasone also increase MAO-B gene expression and transcription, and during major depressive episodes (MDEs), 2 nuclear transcription factors are dysregulated in the PFC in a way that increases MAO-B transcription.

In consideration of these findings, Sho Moriguchi, MD, PhD, of the Research Imaging Centre, Campbell Family Mental Health Research Institute, and Centre for Addiction and Mental Health, Toronto, Ontario, Canada, and colleagues conducted this study at a tertiary care psychiatric hospital. They enrolled 20 patients with MDEs and no current psychiatric comorbidities or drug or medication use within the past month to determine whether MAO-B density was greater in the PFC of patients with MDD when experiencing an MDE. Healthy controls were aged matched within 5 years of participants, who ranged in age from 19 to 66 years.

The investigators used PET scanning to measure MAO-B distribution volume (VT). MAO-B VT was significantly elevated in the PFC of those with MDEs compared with that of healthy controls (mean, 26%). In 50% of those with MDE, PFC MAO-B VT levels exceeded the highest levels seen in healthy controls. Furthermore, the duration of an MDE was significantly and positively associated with MAO-B VT in the PFC (P =.001), as well as in most other cortical regions and the thalamus.

The limitations of this study reflect the technical aspects of PET imaging and MAO-B VT binding. Moreover, the association between duration of illness and MAO-B VT may also reflect treatment resistance.

Researchers noted that MAO-B overexpression can contribute to mitochondrial dysfunction, increased synthesis of neurotoxic products, and increased metabolism of nonserotonergic monoamines. They argued that these findings suggest that there is a novel phenotype of elevated MAO-B level in the PFC of patients with MDEs and that MAO-B should be considered a therapeutic target in this subtype of MDD. 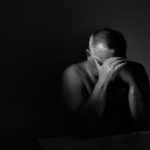 Effect of Depression, Lifestyle on Cognitive Function in PLWHIV