Numerous studies have shown an association between depression and dementia, with one estimate indicating that 30% of patients with dementia have depressive symptoms. Late-onset depression vs. early-onset depression has been implicated in this connection, though the exact relationship has not been elucidated. For example, it is not known whether depression increases dementia risk or vice versa, or if both are mediated by cerebral small vessel disease (SVD).

A prospective cohort study published in Neurology sought to clarify this link in older adults with SVD. “SVD refers to neuroradiologic findings, including white matter hyperintensities (WMH), lacunes of presumed vascular origin (lacunes), and microbleeds,” wrote the authors. The study was conducted by researchers from the Donders Institute for Brain, Cognition and Behaviour at Radboud University Medical Centre, and from HagaZiekenhuis, The Hague, in the Netherlands.

The final sample included 496 patients aged 50 to 85 years without dementia in whom MRI scans revealed SVD at baseline. Participants were followed for a period of approximately 5 years. Patients who scored ≥16 on the Center for Epidemiologic Studies Depression Scale (CES-D) and/or were currently taking antidepressant medication specifically for the treatment of depression were considered to have depressive symptoms. They were considered to have a history of depression if they had consulted a physician or psychologist regarding these symptoms.

Participants were assigned to the late-onset depressive symptoms (LODS) group if they scored ≥16 on the CES-D and/or currently used antidepressants, were aged 60 years or older, and did not have a history of depression prior to age 60. They were assigned to the early-onset depressive symptoms (EODS) group if they met the same criteria but had experienced their first depressive episode before age 60. All other participants–those who scored less than 16 on the CES-D and did currently use antidepressants or have a history of depression–formed the reference group. Dementia diagnoses assigned at follow-up were made according to DSM-IV criteria.

According to the results, 33.7% of participants had depressive symptoms at baseline, and 41 participants developed dementia during the study period. Those with depressive symptoms were found to have an increased risk of dementia compared to those without depressive symptoms, even after adjustments for confounders (hazard ratio (HR)=2.7, 95% confidence interval (CI)=1.4-5.2), and LODS accounted for this elevated risk. The link “remained present after adjustment for SVD characteristics, suggesting that additional factors besides SVD have a role that may not be necessarily depicted at the macroanatomical level,” said the authors. Additionally, dementia risk was particularly elevated in patients with depression who had higher scores on cognitive tests at baseline.

Taken together, these findings “could imply that the presence of DS might be a sensitive tool to investigate future dementia risk, possibly more sensitive than cognitive evaluation, in those with a relatively higher cognitive status,” note the authors. Contrary to current practice, such patients “should be adequately monitored for occurrence of cognitive decline, while those without DS have a very low 5-year risk of developing dementia,” they advised. 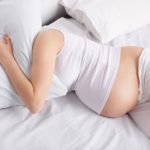