The N-methyl-D-aspartate receptor (NMDAR) modulator rapastinel may exhibit antidepressant-like properties in rats, according to results from a study published in the International Journal of Neuropsychopharmacology.

Researchers conducted a study examining rapastinel’s in vitro pharmacologic effects on the NMDAR in a rat model, which included measurement of the agent’s optimal therapeutic brain concentrations. A series of complex laboratory techniques, including a series of microdialysis and radioligand tests, were completed to better understand the relationship between rapastinel’s glutamatergic pharmacology and potential therapeutic effects.

After statistical analysis, the investigators found that antidepressant activity was linked with brain concentrations of approximately 30 to 100 nM. In addition, a rapastinel concentration of 100 nM was associated with an elevated amount of excitatory postsynaptic activity, which enhanced the degree of long-term potentiation in the rat neurons.

“These data suggest that either blocking or enhancing NMDAR activity can activate long-lasting metaplasticity that promotes induction of long-term potentiation-mediating persistent antidepressant actions,” the researchers wrote.

Researchers acknowledge recent depression clinical trials of several NMDAR antagonists, such as ketamine. They assert, “Positive modulation of NMDARs by rapastinel exhibits rapid and long-lasting antidepressant properties with a lower propensity than ketamine to induce dissociative and psychotomimetic side effects.”

“Rapastinel has therapeutic potential as an antidepressant but also reveals a novel component of the mechanistic underpinnings of glutamatergic modulation of psychiatric disorders resulting from enhancement of NMDAR activation,” they concluded. 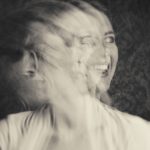