HealthDay News — Three surrogate measures of insulin resistance are associated with an increased risk for incident major depressive disorder, according to a study published online Sept. 23 in The American Journal of Psychiatry.

Kathleen T. Watson, Ph.D., from the Stanford University School of Medicine in California, and colleagues examined whether insulin resistance is associated with an increased rate of incident major depressive disorder during a nine-year follow-up period. Surrogate measures of insulin resistance included a high triglyceride:high-density lipoprotein ratio, prediabetes (as indicated by fasting plasma glucose level), and high central adiposity (as measured by waist circumference). The study population included 601 participants in the Netherlands Study of Depression and Anxiety, who were aged 18 to 65 years and did not have a lifetime history of depression or anxiety disorders.

“It’s time for providers to consider the metabolic status of those suffering from mood disorders and vice versa, by assessing mood in patients with metabolic diseases such as obesity and hypertension,” a coauthor said in a statement. 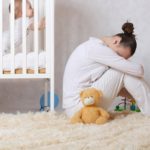