Younger, socioeconomically disadvantaged adults, especially adults with a history of suicide attempts and common personality, mood, and anxiety disorders are more likely to attempt suicide, according to a recent article published in JAMA Psychiatry. Mark Olfson, MD, MPH of the department of psychiatry, College of Physicians and Surgeons, Columbia University, New York, and colleagues also noted that recent data indicate an overall increase in suicide attempts in the United States.

The risk for a suicide attempt was significantly greater in adults age 21 to 34 than in adults 65 and older (P =04), and in adults with no more than a high school degree than in college graduates (P =003).  In both surveys, nearly two-thirds of adults with a recent suicide attempt had borderline personality disorder and an increasing percentage met the criteria for antisocial personality disorder. Individuals with anxiety disorders, depressive disorders, and a history of violence were also at greater risk.

Limitations of the study included the reliance of the surveys on self-report and the lack of detail on the suicide attempts, the failure to survey the homeless or incarcerated who are at increased risk for suicidal behavior, and failure of the surveys to capture data on individuals who had died of suicide.

The investigators argue that these findings highlight the need for greater public health focus on younger, socioeconomically disadvantaged adults, particularly adults with a history of suicide attempts and common personality, mood, and anxiety disorders. 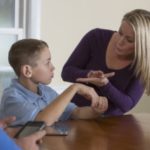