The results of a prospective, nonblinded, uncontrolled, multicenter, postmarketing observational study (FRIENDS) published in Neuropsychiatric Disease and Treatment demonstrated that fluvoxamine was effective for the treatment of depression in 299 patients with neurologic disorders and depression.

The efficacy of fluvoxamine given at 50 to 300 mg per day for 90 days was measured by changes in the Hospital Anxiety and Depression Scale depression and anxiety scores (HADS-D and HADS-A, respectively) and by changes in global severity of illness and clinical condition, as measured by the Clinical Global Improvement score. At baseline, the mean HADS-D score was 11.7, and the HADS-A score was 12.6. Most patients received intermediate dosages of fluvoxamine (50-100 mg/day).

Significant improvements in both HADS scores were observed during fluvoxamine treatment and at later follow-up (P <.0001). More than 85% of patients reported reductions for both HADS-D and HADS-A compared with baseline. For the Clinical Global Improvement-based assessment, most patients experienced moderate to very substantial clinical improvements with limited or no side effects. No patient reported a score where side effects outweighed the benefit of therapy.

Other significant improvements were found for sleep quality, as assessed by the Insomnia Severity Index, which improved in 91.5% of patients and cognitive function, as assessed by the Montreal Cognitive Assessment scale (P <.0001 vs baseline for both). However, the authors caution that the effects on insomnia and cognition were meant to be exploratory measures and should be considered in that light. No serious adverse events or deaths occurred during the trial period.

Yahno NN, Fedotova AV. Post-marketing observational program of the effectiveness of fluvoxamine for the treatment of depression in patients with neurological disorders: the FRIENDS study. Neuropsychiatr Dis Treat. 2017;13:2747-2756. 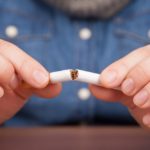