Ketamine may alleviate depression, pain, and adverse effects associated with opioid treatment, and may thus represent an attractive adjunct therapy for pain management, according to a novel population analysis recently published in Scientific Reports.1

Nearly half of all patients with depression taking conventional antidepressants discontinue their treatment prematurely.2 Researchers have sought alternatives to standard antidepressants, for which therapeutic effects are delayed by 2 to 10 weeks.3

Ketamine, an N-methyl-D-aspartate antagonist, was shown to provide acute benefits for treatment-resistant depression, bipolar depression, and major depressive disorder with suicidal ideation, when administered intravenously, however, those studies were conducted on limited samples (20 to 57 participants).4-7

The history of ketamine as an illicit drug favored for its hallucinogenic effects presents ethical obstacles to its use in large clinical trials. Researchers from the University of California San Diego in La Jolla, therefore employed an Inverse-Frequency Analysis approach to investigate whether ketamine, when administered in addition to other therapeutics, has antidepressant properties.

The team applied the inverse frequency analysis method, which looks for negative statistical patterns in the US Food and Drug Administration (FDA) Adverse Event Reporting System (FAERS) post-marketing database of more than 8 million patient records. They observed reductions in depression and pain in patients receiving ketamine, as indicated by negative log odds ratio (logOR) values (logOR, -0.67 ± 0.034 and logOR, -0.41 ± 0.019, respectively). “The data we analyzed are indirect and skewed by cases of bad or lethal adverse effects. Nevertheless the statistics were sufficient to notice the trends,” explained study co-author, Ruben Abagyan, PhD, in an interview with Clinical Pain Advisor.

According to Dr Abagyan, a study recently published by a British team indicates that ketamine might be effective in nearly 40% of patients with severe, treatment-resistant depression, results that are concordant with those from the current study.8

The IFA method was also used to evaluate ketamine efficacy and associated side effects reported in the FAERS database. The investigators found significant reductions in a number of side effects associated with opioid therapies, including constipation (LogOR −0.17 ± 0.023), vomiting (LogOR −0.16 ± 0.025), and nausea (LogOR −0.45 ± 0.034) compared with other drug combinations used for pain management.

The authors concluded that their findings are in line with those from smaller studies, indicating beneficial effects for ketamine as a monotherapy or adjunctive therapy for depression, particularly treatment-resistant depression, with particular indication for patients with suicide ideation, because of its rapid onset of action. “The results should serve as a motivation to conduct a proper clinical trial for the rapid onset treatment of severe depression,” Dr Abagyan noted.

The novel analysis employed in this study may help investigate off-label indications for other drugs. “Ideally the method we proposed should be applied to the actual clinical data rather than the somewhat biased set of un-normalized FAERS reports,” Dr Abagyan added. “The method [can be used] to observe unexpected effects of a treatment by looking at the reduction of the baseline of this effect upon treatment. It can be applied to any effect that is being recorded including cancer, viral diseases mortality, longevity.” he concluded. 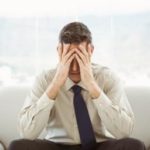