Depression was associated with increased risk for a major adverse cardiac event (MACE) among patients in the early or late phases of acute coronary syndrome (ACS), according to a study published in the Journal of Affective Disorders.

The study enrolled 1152 patients who had been hospitalized in Gwangju, South Korea, within 2 weeks of experiencing ACS during 2006 to 2012. At baseline, patients were treated for ACS and evaluated for depressive disorder. At 1 year after the index ACS, patients were re-evaluated for depressive disorder. All participants evaluated at 1 year were followed for incidence of MACE until 2017 or death. The primary endpoint was composite MACE, defined as the combined incidence of all-cause mortality, myocardial infarction, and percutaneous coronary intervention. Cox proportional hazards models were used to assess MACE risk among patients with and without depressive disorder. Analyses were adjusted for sociodemographic and clinical characteristics, including depression history and cardiovascular risk factors.

These data indicate a significantly increased risk for MACE among patients with depressive disorder and early or late stage ACS. As a limitation, investigators noted that depression evaluation was only conducted at a single time point rather than consistently over follow-up. These results emphasize the necessity of depression screening among patients with ACS to mitigate MACE risk. 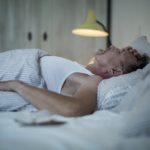 A Daytime Nap May Contribute to Altered Emotional Processing in Depression