Investigators affiliated with University of Bologna, University of Padova, and Lumsa University in Rome, Italy, have recently reported that higher order cognitive abilities including attention/working memory, visual learning, and reasoning/problem solving skills can be used to differentiate between individuals diagnosed with melancholic or non-melancholic major depressive disorder (MDD). The results of this meta-analysis were published in the Journal of Affective Disorders.

Increasing evidence shows an association between MDD and cognitive dysfunction, and it is therefore important to identify the prevalence and characteristics of cognitive symptoms, as well as the functional consequences of cognitive deficits, among patients diagnosed with MDD.

Researchers reported that there were no significant differences between the two groups with regard to gender or academic attainment. However, persons diagnosed with melancholic MDD were older and presented with more severe symptoms of depression compared with a group of individuals diagnosed with non-melancholic MDD.

Findings indicate that individuals diagnosed with melancholic MDD perform significantly poorer on tasks designed to evaluate processing speed and problem solving skills, as well as on tasks of attention/working memory and visual memory, compared with persons diagnosed with non-melancholic MDD. The magnitude of observed differences was moderate, and the effects were found to be independent of age, symptom severity, and treatment status.

“This finding, together with the other psychopathological and neurobiological markers, seems to further support the view of melancholic MDD as a distinct disorder,” investigators concluded. 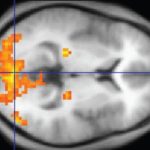 ACC Activation to Reward Predicts Response to Psychotherapy for MDD