Caffeine sodium benzoate (CSB) is a safe and effective electroconvulsive therapy (ECT) augmentation agent, maintaining efficacy throughout an index treatment course, according to research published in the Journal of ECT.

This study was prompted by an ongoing shortage of injectable CSB in the United States from 2011 to 2017.

Patients at Virginia Commonwealth University Health Systems were administered CSB compounded in-house to increase their seizure response rate to the recommended minimum of 30 seconds during ECT. Adult patients undergoing an index ECT treatment were given 500 mg CSB (250 mg caffeine) intravenously 5 minutes before electrical stimulation and were given dose increases of 375 to 500 mg caffeine later, at the provider’s discretion.

Among the 71 patients in the study, electroencephalogram (EEG) seizure duration increased by an average of 24.1 seconds with first CSB use. Of the total number of patients, 57.7% were able to achieve EEG seizure duration of at least 30 seconds. Between the first and last CSB sessions, researchers found no statistically significant changes in duration. There was an increase of 6.3 beats/minute observed in maximum heart rate from pre- to initial caffeine session, and no significant changes in cardiovascular safety parameters were observed.

The limitations of this research include the retrospective design, the single ECT center involvement, a small sample size, the lack of a control group, the inclusion of outpatient ECT sessions, and an inability to control for concurrent psychiatric and ECT-related medications.

Researchers concluded that their data suggest that “pharmacies appropriately equipped to do so may compound CSB in case of national shortages without disrupting patient care.” 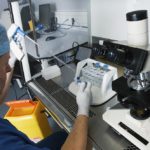