Bright light therapy (BLT), also called phototherapy, is “an accepted modality for treatment of major depressive disorder with a seasonal pattern, commonly referred to as seasonal affective disorder (SAD).”1 It has also been shown to be effective in nonseasonal depression, both as monotherapy and as augmentation of pharmacotherapies.2 However, despite its relatively low-risk profile, phototherapy is an underused modality in the treatment of nonseasonal depressive disorders.3

“Although BLT is a well-established treatment for SAD, it has not been as widely accepted in nonseasonal depression,” observed Thomas M. Penders, MD, clinical associate professor, department of psychiatry and behavioral medicine, Brody School of Medicine at East Carolina University, Greenville, North Carolina.

There are several reasons for this, Dr Penders told Psychiatry Advisor. “It is difficult to conduct a placebo-controlled study, since participants obviously know whether they are or are not receiving light therapy, so some of the research has been criticized.”

Another reason is that, unlike most pharmacotherapies, BLT is not being actively promoted to clinicians, he added.

Cost is an additional reason for the underuse of BLT, according to a study in 197 psychiatrists who responded to an email survey regarding their use of BLT in clinical practice.3 Lack of insurance coverage for light-delivery devices was identified as the most formidable barrier.

A Substantial Research Base

Dr Penders, who was the lead investigator on a systematic review and meta-analysis of BLT,1 explained that he and his colleagues treated patients with nonseasonal depression with BLT in the morning and found it to be helpful. “Although we did not turn this into a formal study, we did go back and look at the literature to see what studies had already been done.”

His team found “a fair amount of evidence to show that BLT in the morning had a beneficial effect on depression,” he said. Their published review in particular was “targeted to see whether people treated in the usual way — with drugs or therapy — could have enhanced treatment outcomes by adding light therapy.”1

Ten studies involving 458 patients met these criteria. The addition of BLT was found to be superior to antidepressant pharmacotherapy alone in alleviating symptoms of depression, with an effect size “similar to that of other accepted augmentation strategies (roughly 0.5).”1

The researchers concluded that BLT “is effective and can add to the armamentarium of interventions available to patients with refractory depressive disorders.”1

BLT has been investigated and found effective in alleviating depressive symptoms in patients with a variety of illnesses, including cystic fibrosis,6 childhood and adolescent depression, antepartum depression, eating disorders,7 postoperative delirium,8 and Parkinson disease.8

Almost all of the physiological functions of the body, including the sleep-wake cycle, follow specific rhythmic changes throughout the day and are driven by the “master clock” — ie, the suprachiasmatic nucleus (SCN).10 The SCN, which is located within the anterior hypothalamus, maintains the circadian cycle.10 Circadian rhythms are typically driven by endogenous self-sustaining processes that rely upon “circadian time cues” (zeitgebers) to “remain appropriately oriented to the individual’s environment and desired routine.”11

Melatonin (N-acetyl-5-methoxytryptamine) is a “central hormone of internal clock circuitries, that is secreted primarily by the pineal gland in a specific circadian pattern, in accordance with the light-dark cycle (high at night, low during the day) and the seasonal cycle (longer peak in winter, shorter peak in summer).”10 Melatonin is synthesized from its precursor, serotonin. It “functions as a biochemical marker transducing photoperiodic information and signaling seasonal variations of the light-dark cycle to all cells.”10

Melanopsin-containing retinal cells perceive and transduce the light-dark cycle. Melanopsin is primarily responsible for resetting the timing of the SCN, suppressing pineal melatonin secretion and improving alertness.10 The effect of BLT appears to be mediated through the eyes; extraocular administration has failed to show any significant antidepressant qualities.10

“People fall into 3 groups in terms of their chronobiology,” Dr Penders explained. “’Early birds’ go to sleep early and wake up early. ‘Night owls’ go to sleep late at night and wake up late in the morning. There is a large group in the middle that does not fall into either of those categories.”

Individuals with depressive disorders are more likely to be “night owls” and are particularly vulnerable to chronobiological disturbances. “Measuring the time of melatonin onset provides a specific marker for a person’s chronobiology,” Dr Penders commented.

Practical recommendations for the administration of BLT can be found in the table below.

“BLT is safe and although there can be side effects, they are rare,” Dr Penders observed. “The risk-reward ratio is good.”

Adverse effects can include headache, eyestrain, nausea and agitation; these tend to remit spontaneously or after dose reduction.10 Patients with bipolar disorder may switch to hypomania during therapy, and suicidality may sporadically occur early in the course of treatment. BLT can also cause menstrual irregularities.10

Since retinal degeneration can occur in patients with a family or personal history of retinal damage, patients should consult an ophthalmologist before initiating treatment, Dr Penders advised.  In addition, patients should not stare directly at the light. “Ambient light is sufficient.”

Results of the survey of psychiatrists showed limitations in practitioner knowledge of BLT.3 Respondents also indicated that there was an absence of BLT in treatment algorithms for depressive disorders. The study investigators stated that these are the “two leading modifiable factors to encourage broader implementation” of BLT.2

“We think that this is an intervention that should be used more frequently,” Dr Penders agreed.

Table. Recommendations for the Administration of Bright Light Therapy 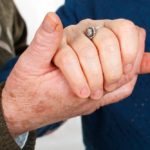 Identifying Depression in Dementia: A Meta-Analysis