The findings of a study in the Journal of Neuropsychiatry and Clinical Neurosciences suggests an association between chronic kidney disease and cognitive impairment, especially behavioral dysexecutive disorders.

Several studies have examined cognitive impairment in patients with chronic kidney diseases. Although the phenomenon is yet to be completely characterized, current evidence points to executive dysfunction as one of the major types of impairment.

The authors included 40 patients between the ages of 18 and 80 years (mean age 62 years) with a confirmed chronic kidney disease at any stage. Participants completed the French edition of the Harmonization Standards battery to evaluate memory, speed, intelligence, executive function, language, and behavioral characteristics. Executive dysfunction was not better explained by other motor, psychiatric, or cognitive disturbances. Patient results were compared with those of 1003 participants from a previous study that used the same battery.

Additionally, 27% of patients had a behavioral dysexecutive disorder, specifically hypoactivity with symptoms such as apathy, irritability, and anosognosia (unawareness of illness). Anxiety and depressive symptoms were observed in 40%.

One limitation of the study was its small, heterogeneous patient population. A larger sample would allow analyses of cognitive impairment by age group. This may be of particular research interest as cognitive impairment was observed even in earlier stages of the disease.

Further assessment of this relationship and its underlying mechanisms may help clinicians anticipate the likelihood of patients’ adherence to risk-reducing habits. 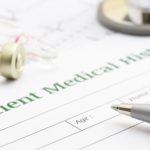 Many Americans Not Being Assessed for Depression