According to a study published in Psycho‐Oncology, patients with newly diagnosed malignant lymphoma or multiple myeloma who reported depressive symptoms prior to the start of chemotherapy had poorer survival compared with patients who were not initially depressed.

The prospective analysis was conducted at the Nagoya City University Hospital in Japan. Researchers sought to investigate the influence of depressive symptoms in patients with hematologic malignancies before and 1 month after the initiation of chemotherapy. The primary outcome was overall survival (OS).

Data from 255 patients were included in the analysis. In total, 83 patients experienced depression: 19 had new onset symptoms, 38 were in remission, and 26 had persistent symptoms. Overall, patients with depression had shorter OS compared with those without depression (adjusted hazard ratio [HR], 2.43; 95% CI, 1.43‐4.12; P <.001).

The authors suggested that more studies are needed “to investigate the factors associated with depressive symptoms around the time of diagnosis.” 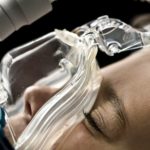