There is little evidence that antidepressant medications are associated with adverse health outcomes, according to a systematic umbrella review published in JAMA Psychiatry.

Elena Dragioti, PhD, of Linköping University in Sweden and the University of Ioannina in Greece, and colleagues searched PubMed, Scopus, and PsychINFO for meta-analyses of observational studies with a cohort or case-control study design examining adverse health effects following exposure to antidepressants. Methodologic quality was assessed with A Measurement Tool to Assess Systematic Reviews (AMSTAR). Credibility of associations was ranked as follows: convincing, highly suggestive, suggestive, weak, or nonsignificant. Sensitivity analyses, adjusting for confounding by indication, were conducted for associations with either convincing or highly suggestive evidence.

The final umbrella review incorporated 45 meta-analyses corresponding to 695 studies, which identified 120 associations and 13 putative health risks for exposure to antidepressants. The majority (73.4%) of meta-analyses met the moderate quality level according to AMSTAR. In addition, 61.7% of associations were nominally statistically significant (P ≤.05). However, 43.4% had large heterogeneity, 14.2% had small study effect bias, and 7.5% had excess significance bias.

Convincing evidence was observed for an association between selective serotonin reuptake inhibitor (SSRI) use and increased risk for suicide attempt or completion in children and adolescents. There was also convincing evidence for associations between antidepressant exposure before pregnancy or SSRI exposure during pregnancy and autism spectrum disorder. There was highly suggestive evidence for 11 associations between any antidepressant use and increased risk for adverse health outcomes, including severe bleeding, preterm birth, attention-deficit/hyperactivity disorder, and lower Apgar score.

Limitations included insufficient data on cardiometabolic outcomes and a lack of evidence regarding the nature of systematic biases. Further research is necessary to explore causal relationships between antidepressants and adverse health outcomes, as well as the extent to which confounding by indication influences these outcomes. 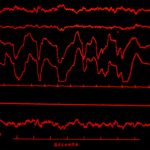