A study conducted by Julia Herrou, PhD, of the rheumatology department at Cochin Hospital in Paris, France, and colleagues evaluated anxiety, depression, and obsessive-compulsive symptoms (OCs) in patients with anorexia nervosa (AN). The researchers assessed the relationships of depression and anxiety with low BMD in patients hospitalized with severe AN, as well as BMD changes after hospitalization.

The study included 220 women with severe AN who were admitted as inpatients for treatment at 11 centers across France between 2009 and 2011. Investigators used psychometric scales to measure anxiety, depression, and OCs, and BMD was measured during the hospitalization with dual-energy X-ray absorptiometry (DXA) and at 1 year after discharge with centralized analysis.

Low BMD was defined by a Z score less than or equal to -2; BMD gain was defined as an increase in the BMD of 0.03 g/cm² at spine or hip sites.

At 1-year follow-up, 56 patients were available for study. A significant increase in BMD was noted in 45% of these patients. The researchers found no association between depression or anxiety scores at admission and gain in BMD in univariate and multivariate analyses.

“This study confirms that half of a population of females with severe AN has a low BMD,” Dr Herrou and colleagues concluded.  “There is a trend for an association between depression and anxiety scores and low BMD, but these disturbances are not significant determinants of low BMD.” 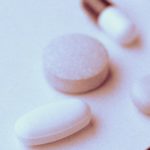