Published in The Lancet, the largest meta-analysis in psychiatry found that 21 commonly used antidepressants were all more effective for the short-term treatment of acute depression in adults compared with placebo.1

“Antidepressants are routinely used worldwide, yet there remains considerable debate about their effectiveness and tolerability,” co-author John Ioannidis, MD, DSc, from the Departments of Medicine, Health Research and Policy, Biomedical Data Science, and Statistics at Stanford University, said in a press release.2

“By bringing together published and unpublished data from over 500 double-blind randomized controlled trials, this study represents the best currently available evidence base to guide the choice of pharmacological treatment for adults with acute depression. The large amount of data allowed more conclusive inferences.”2

This study is an international network meta-analysis that included 522 double-blind, randomized, controlled trials with 116,477 participants. The researchers identified all trials that were conducted between 1979 and 2016 that compared commonly used antidepressants with placebo or with other antidepressants for the acute treatment (over 8 weeks) of major depression in adults aged 18 or older. A total of 87,052 participants were randomly assigned to receive a medication and 29,425 were randomly assigned to receive placebo. A majority of participants had moderate to severe depression. Studies including individuals with bipolar depression, psychosis, or treatment-resistant depression were excluded from the analysis.

The primary outcomes were efficacy — in which response to treatment was defined as a reduction in depressive symptoms over 8 weeks of 50% or more on a validated rating scale — and acceptability, defined as the proportion of patients who withdrew from the study for any reason before week 8.

The researchers found that all 21 drugs were more effective than placebo, and only clomipramine was less acceptable than placebo.

These findings contrast with results from a similar analysis examining antidepressants in children and adolescents, which found that it is likely only fluoxetine that may be effective in reducing depressive symptoms in this population.3 Investigators of that study noted this may be because depression in children and adolescents may be due to different mechanisms or causes.

Limitations of the current meta-analysis include: findings may not be applicable to antidepressant use longer than 8 weeks, and they may not apply to patients with bipolar depression, psychosis, or treatment-resistant depression. The researchers were also unable to retrieve some data, despite being able to retrieve a significant amount of unpublished data. They also noted that they did not have access to individual-level data and so were only able to analyze group differences.

“Our study brings together the best available evidence to inform and guide doctors and patients in their treatment decisions,” lead author Andrea Cipriani, MD, PhD, from the University of Oxford and the NIHR Oxford Health Biomedical Research Centre, said in a press release.2 “We found that the most commonly used antidepressants are more effective than placebo, with some more effective than others. Our findings are relevant for adults experiencing a first or second episode of depression — the typical population seen in general practice.” 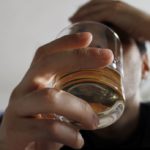 Effects of Depression, Alcohol Use on Retention in Antiretroviral Therapy