In patients with depression, cognitive impairment, and atypical symptoms including discrete neurological impairments, both thyroid peroxidase (TPO) and thyroglobulin (TG) antibody screening should be performed to rule out a diagnosis of steroid responsive encephalopathy associated with autoimmune thyroiditis (SREAT), according to a case study presented in BMC Psychiatry.

Ludger Tebartz van Elst, MD, of the section for experimental neuropsychiatry, department of psychiatry and psychotherapy at the University of Freiburg in Germany, presented the case of a 50-year-old patient who presented with both negative affect depressive symptoms and cognitive impairment, later found to be related to SREAT.

In 2011, after experiencing a noticeable loss of energy and feelings of exhaustion, the patient presented for evaluation of classic depressive symptoms, including melancholic mood, impaired concentration, and psychomotor retardation.

After 2 years of CBT, the patient showed little to no improvement, with persistent memory loss, depressed mood, and reduced energy level.

In January of 2014, the patient was admitted to the University Medical Center Freiburg. Review of his medical history indicated that thyroxine had been substituted at the beginning of 2012 due to the detection of TPO and TG antibodies. No other relevant abnormalities were revealed through internal and neurological exams.

The physician team considered several differential diagnoses for this case. The most important of these was major depression, due to the presence of lowered mood, energy reduction, and decreased activity. An additional differential diagnosis was pre-senile dementia, due to the patient’s cognitive impairments, including forgetfulness. Metabolic disorders and limbic encephalitis were excluded by laboratory examination.

The patient was treated with high-dose methylprednisolone (1000 mg intravenously administered over 3 days; 500 mg over 2 days), which was well-tolerated. Methylprednisolone was then transitioned to oral dosing initiated at 40 mg and then tapered until discontinuation by halving the dose every fifth day. Venlafaxine, agomelatine, and T4 treatment continued unchanged.

During follow-up (6.5 months after therapy onset) no significant neuropsychological deficits remained, and no changes were detected in follow-up MRI. TPO (440.6 IU/mL) and TG (581.7 IU/mL) antibodies decreased.

“To date, no definitive diagnostic criteria have been established for SREAT,” noted Dr Tebartz van Elst and colleagues. “Preliminary suggestions remain very vague with respect to the question of which precise psychiatric symptoms and synrdromes should lead to the diagnoses when thyroid antibodies are present.”

Dr Tebartz van Elst and colleagues also noted that other psychiatric cases have been associated with additional neurological signs, including myoclonic jerks or ataxia. This particular SREAT case is unique in that it presented only with symptoms of major depression. Due to the T3, T4, and TSH levels, it is unlikely that they are “directly involved in the pathophysiology of SREAT.”

“In our patient, the presence of TPO and TG antibodies in combination with an excellent response to steroid treatment helped to establish the correct diagnosis after careful exclusion of other relevant disorders,” Dr Tebartz van Elst and colleagues concluded. 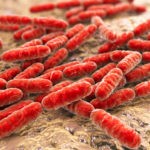